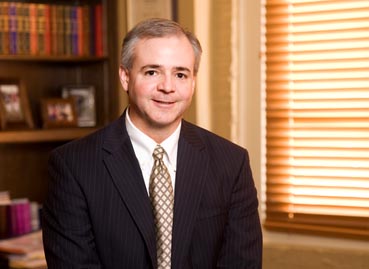 We are proud to announce that R. Austin Huffaker, Jr., a shareholder of Rushton Stakely, has been appointed to serve in a lifetime position as a federal district court judge for the United States District Court for the Middle District of Alabama. Austin was nominated by President Trump on July 8, 2019, and he was confirmed by the United States Senate on December 4, 2019 on a 89-4 vote. We offer our congratulations to Austin for this incredible honor.

Tommy Keene, the firm’s president, said, “Our firm is overwhelmed with joy as we announce the confirmation of Austin Huffaker to the prestigious Federal Court Judgeship in the Middle District of Alabama. While we will realize a great loss to our firm in his leadership and legal abilities, we recognize that he now answers a higher calling. He will serve the citizens of the Middle District in exemplary fashion, and we know that he will deliver justice in the most fair, intelligent, and even-handed manner possible.” Austin brings twenty years of experience in the practice of law to his new position. We extend our warmest congratulations and wish him every success in his new duties.